How One Survivor of Crime Learned to ‘Stand Up,’ Advocate For Change, and Educate Others

When Anna Nasset's offender followed her across the country, "the only place I could turn to for support was VINE."
Share:

This article was originally published on April 19, 2021.

Since 1981, National Crime Victims’ Rights Week has drawn the attention of communities all over the United States to helping victims of crime. This year’s observance, April 18-24, promotes the theme “Support Victims. Build Trust. Engage Communities.”

Being a victim of crime is an isolating and traumatizing experience, and these individuals deserve the support of their communities as they recover and seek to re-establish normalcy. Many of these victims have taken significant, courageous steps to tell their stories as an invitation to others to find their voices, as well.

One of those is Anna Nasset, who has drawn from her own experience as a survivor of stalking to become an international authority on the topic. Her expertise includes navigating the criminal justice system and encouraging communities to believe and support survivors of crime. Nasset has been featured on “Good Morning America” and leads Stand Up Resources, which trains first responders and victim services providers to respond professionally and compassionately to stalking. She took some time to share her story and vision for how communities in the United States can better serve survivors of stalking and other crimes.

Five years ago, when I moved to the Mad River Valley of Vermont, the only protection I had was myself. I had left my beautiful community in the state of Washington to disappear into the soft hills and start life anew, with hopes that the man who had stalked me since 2009 wouldn’t follow me. My soul and spirit were fragile and broken from holding the trauma for years, and I looked to this land to provide me safety, peace, and belonging. I thought that I was embarking on a journey of aloneness, and I moved into existence of just that: standing in the shadows, never whispering my truth to anyone. In those shadows, I thought I would find the safety for which I yearned. 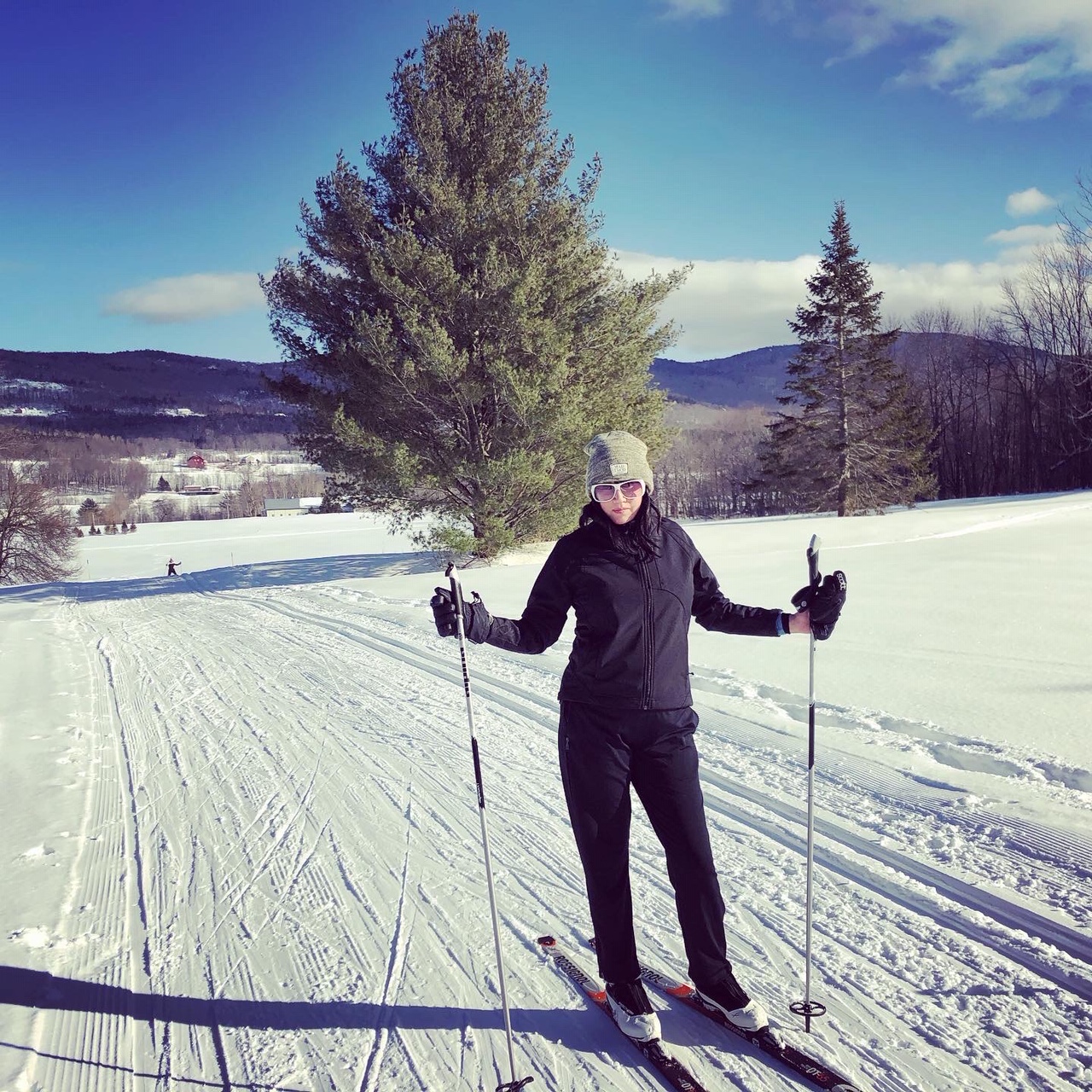 Shortly after my relocation, the offender discovered where I lived. From across the country, the victim service providers I had worked with for years supported me and helped me build a case against the offender. But I felt alone. The only place I could turn to for support was VINE — the service that had given me peace of mind for years after my offender’s arrest in Washington state. VINE was my lifeline, and it was the difference between running safety drills and grocery shopping without fear. VINE and my service providers began helped me build trust over the phone from thousands of miles away.

In that trust that I would find freedom, I began to quietly speak my story to a coworker where I waitressed tables. I did so at first in fear that the offender would come and harm me, and someone should know what was happening. But I also did so because I needed to build community and support for myself. As my quiet voice grew above a whisper, I was continually asked if I knew one woman, Sue Russell, who had lived in the area of Vermont where I now resided.

I did not know Sue but began to learn her story. Sue had been kidnapped, sexually assaulted, brutally beaten, and left for dead in the hills surrounding this area in 1992. She survived; her offender was convicted and served 23 years in prison. In Sue’s survivorship, she asked her community (now my community) to gather around her and help her heal. Through community calls to action, they did so through forums and educating, decorating the country lanes with teal ribbons of support.

When the offender was to be released in 2015, Sue asked for community safety planning and brought in professionals from the state of Vermont and nationally participate in public forum on safety. Through all of the support that she received, Sue moved out of the country in 2015 to live her life safely when her offender was released, and I moved to the Mad River Valley of Vermont in 2016. We were ships of survivorship passing on planes.

Through learning about Sue, I realized that I had unintentionally found a community that cared for its members on a monumental level. A home where ribbons would hang in support in farm fields and people would treat its citizens’ safety with the importance I had never witnessed. I realized I wasn’t alone at all, and I had just failed to ask for the support I needed! 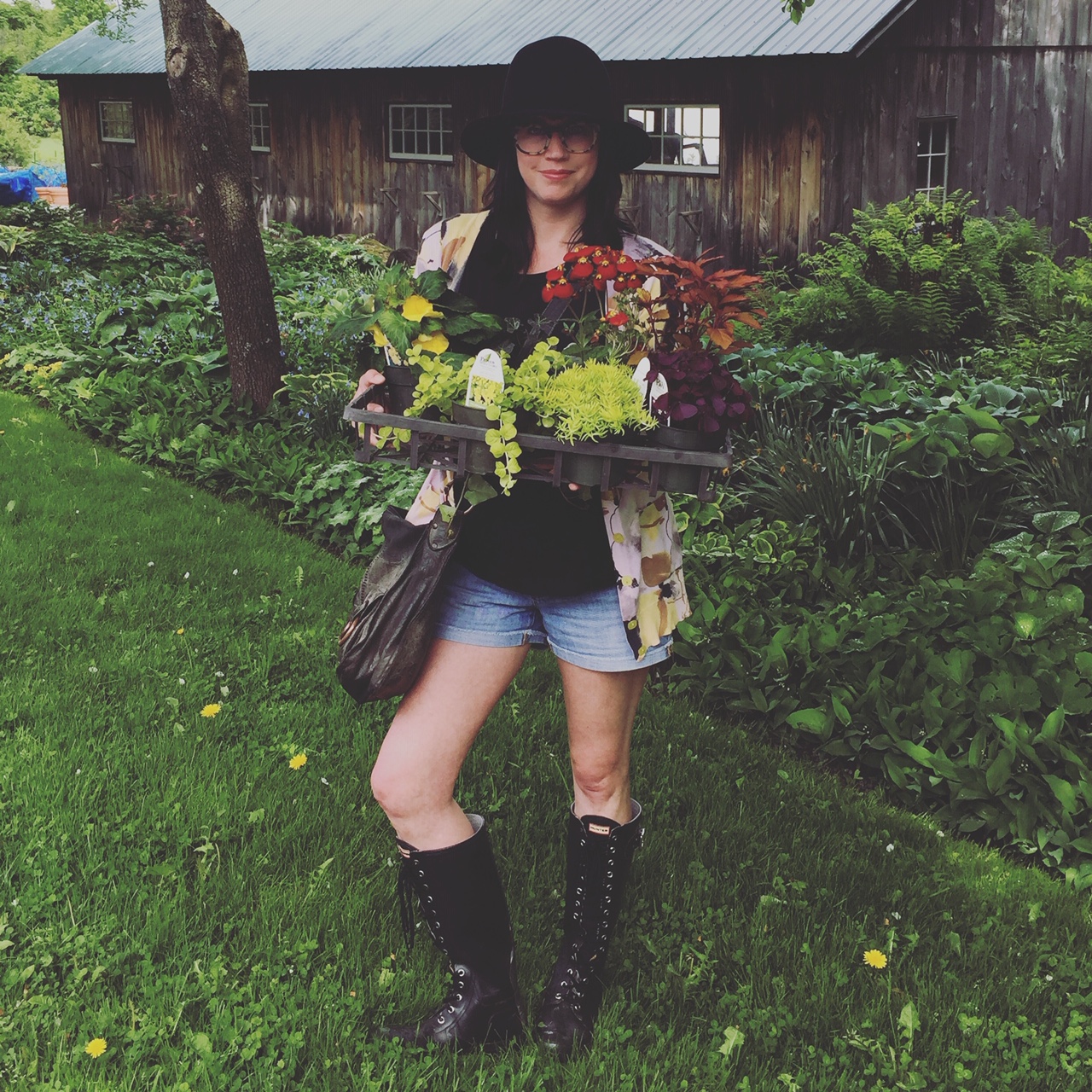 With this knowledge and the inspiration of Sue, whom I had never met, I began to shift everything in my life. In the 23 years between the assault and her offender’s release, Sue turned into a national voice for crime victims. She worked tirelessly as an advocate, a victim’s voice when there were no others.

Her voice channeled her pain and was used to create change that lasts today in the form of laws that protect millions of other victims of crime, including myself. I looked around my world and sat in gratitude for the countless providers who have worked to secure my safety and freedom over the last decade. I wanted to give back to them, and I wanted to ensure the safety of other stalking victims moving forward. I remained partially quiet until the trial of the offender who stalks me. During the waiting period, I worked evenings at a restaurant and built my business, Stand Up Resources, in the daytime.

In 2019, the man who stalked me for over a decade was convicted and sentenced to 10 years in prison for aggravated felony stalking and felony cyberstalking. On the day of sentencing, I received an outpouring of love from my old community in Washington through phone calls, emails, and texts. In Vermont, my new home, I was carried on the wings of love by my newly chosen community. I was surrounded by embraces, words of encouragement, tears, and gratitude. The expressions of appreciation came from those who had not seen justice in the injustices and harms done against them. And maybe that’s the thing about community – we victims and survivors will always be our community, our safety – from voices of affirmation in a meeting to compassionate looks in each other’s eyes.

Now, I fully stand up and share my story. I bring it into the light and out of the shadows to educate victim service professionals on the crime of stalking and that each victim of crime knows you are never as alone as you think you are.

You can hear or watch Nasset’s recent interview with Sue Russell and other advocates on her podcast THE MEND by following the links at https://www.standupresources.com/podcast.